This article first appeared at http://www.InsNerds.com

As the Northeast digs out from Stella, I am comfortably sitting in South Florida, “trapped” and not “easily” able to make it back home, due to the storm. I appreciate your empathy!

I am in South Florida because I had the pleasure of being asked to sit on a panel that discussed Innovation in Insurance at the Insurance Technology Association’s, 2017 LIVE event. My colleagues and I had a spirited discussion with ourselves and interestingly enough, the audience. The attendees were also able to participate in other spirited discussions and hear from some of the key people who are successfully implementing innovation in their organizations. We even spent a whole bottle of wine discussing blockchain and whether insurtech is in a bubble or not.

Here are some of the highlights: 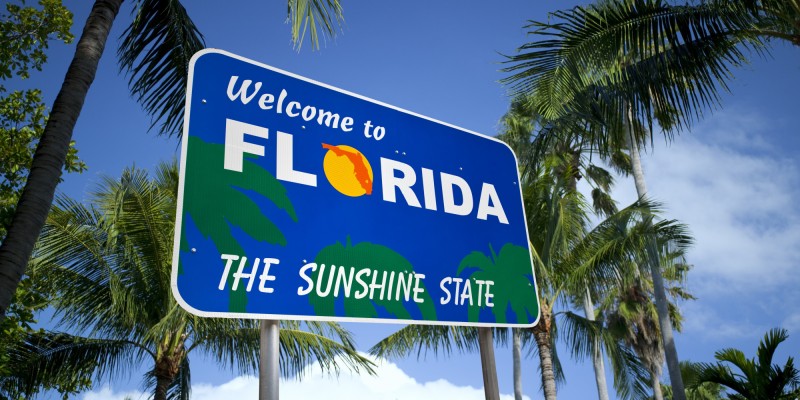 As I mentioned, I was on a panel, which was moderated by Jennifer Overhulse of St. Nick Media. Included on the panel was Allen Egbert of Ask Kodiak and Jay Weintraub of InsurTech Connect. We were asked about innovation in insurance; how we defined it and how insurers can implement it. We all had different definitions. The audience chimed in with their own. Towards the end of that topic, it seemed as though the room converged on the opinion that the definition of innovation really depends on who is defining it and what their goals are. Erie Insurance (who won the ITA Bridge award for innovation) cannot be expected to innovate like a startup carrier would. Yet, both can be innovative by more effectively executing on their business model. You don’t have to be all digital to be innovative. In fact, that was heard often during the conversation. Being innovative does not necessarily mean more technology. Companies can become more innovative without spending a ton on technology. But the companies that do innovate, with or without technology, must have the culture to innovate. Innovation isn’t riskless. Sometimes with risk, comes loss and/or regret. Many companies deeply desire to innovate but also can’t stomach the risk or costs associated with the process. Like a sports team that is playing “not to lose”, any company that can’t innovate in the face of uncertainty is bound to become stagnant and fall behind.

Tim Attia, the co-founder and CEO of Slice Labs was the keynote speaker during the first night’s festivities. What I really appreciated from Tim was the honesty and transparency in discussing how Slice Labs arrived at this point in time and what their future looks like. No rosy predictions of world domination. No insults to their competitors or the industry they are working in. Just a humble statement about how much effort it took to get to this point and how they will really need to forge strong partnerships with companies in and out of the industry. Tim described the challenge in creating an on-demand auto product without the benefit of having large datasets that Slice was able to use for their residential product.

That was a very key takeaway that also applies to innovation in insurance. We all know insurers are risk averse, so how do we create new products in this day and age without the benefit of voluminous experience? The industry now conservatively waits for the data to arrive. Innovative companies, will mine the data they need from non-standard sources. If industry players wait, they will fall behind. The next generation of insurance leaders will get the data they need in a different way.

On Blockchain and Lemonade

Over a bottle of wine (or two), a small group of us, which included two investors, a carrier CIO, and a handful of industry veterans all debated blockchain technology and its potential use in insurance. For starters, we all agreed that to remove confusion with bitcoin, we should change our terminology of blockchain to distributed (open) ledgers. That gave those less techie a chance of understanding the opportunity.

Distributed ledgers could provide so much value to the industry; that is not debatable. Take the modeling of natural catastrophes. Brokers, carriers, and reinsurers spend tens of millions of dollars a years, scrubbing, cleaning, importing, and modeling property exposure. We are all essentially duplicating each other’s work. What if we could capture the correct property exposure initially and certify its characteristics via a distributed ledger? What if we could attach insurance history such as premium and claims, modeling history, endorsement history, and everything else about the exposure over time and carry that forward via distributed ledger? Everledger is a company doing just that for insurers around jewelry. We all agreed that this appears to be a difficult technology to monetize and if someone can successfully implement a model of this in insurance, it would likely be a winner-take-all ending.

And on Lemonade? There was consensus distaste for their repeated assertions that insurers make money by not paying claims and thus eagerly seek to deny them. That might play well to some of their customer base, but they are making enemies within insurance. Also, I was surprised at how many people actually think they will not succeed. I don’t personally believe that. While I don’t think they will be the Uber of insurance, I think they are doing enough good things that they will be able to sell policies and keep growing. But once the hype fades, the growth will too, and ultimately, they will find that customer acquisition in insurance is hard and expensive, and claims always seem to be higher than you project.

I will attempt to spend more time in future articles and podcasts discussing distributed ledgers and what they mean to insurance. Next week, I will examine Slice Labs and other on-demand insurance products through my mental investment model.

Otherwise, the wine was great as were the crab legs.